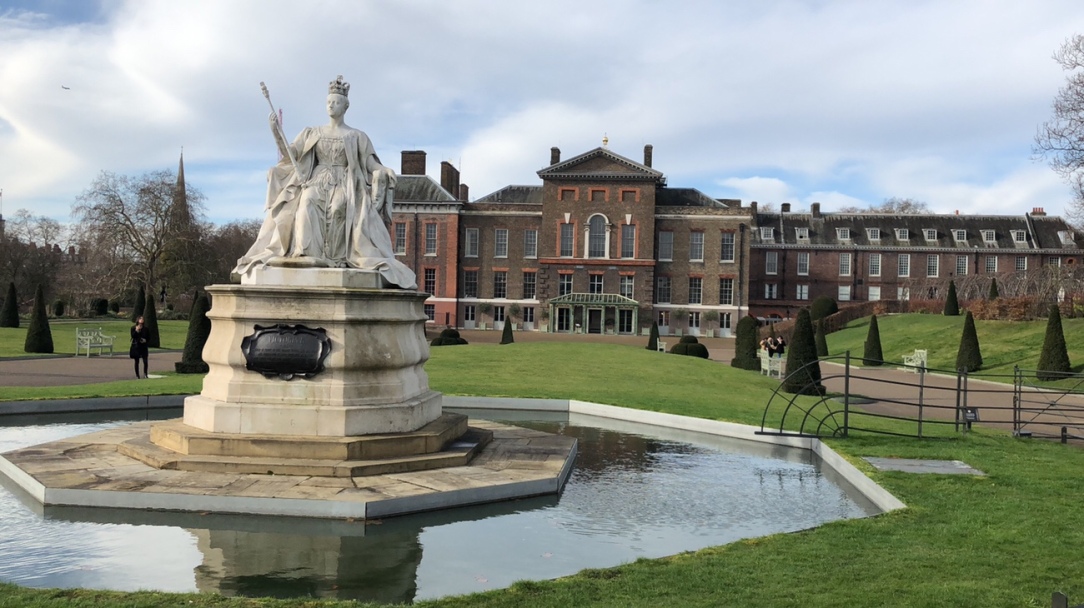 By Christina in About Town, Inspirational, Travel on March 6, 2019
No comments

When you don’t have a lot of time in a major city and you want to go for maximum impact, think grand. I just had to witness the grandeur of Kensington Palace, currently the home to William and Kate and many other royals past and present. So exciting!

My tour began with a lovely walk through Hyde Park toward Kensington Palace. It’s a picturesque scene as the daffodils have already started to bloom and bird song is to be found atop every tree.

Once inside the Palace my friend and I collected our tickets which were purchased in advance from VisitLondon.com although tickets can be purchased directly on the property. Our guided tour lasted approximately 45 minutes where we learned so much about the Palace and the Royals that lived there. The costumes on display were mesmerizing and were featured in the Academy award winning motion film, “The Favorite”.

The rooms on display to the public are in the East Wing to the house, and were quite extraordinary!

Kensington Palace is a truly remarkable destination in London. The historic charm and grandeur will take your breath away at every turn. I highly recommend it for your next London visit.